If you did not know the rules of this project, you may refer to this post here.

For Episode 1, here are the things I got:

The manga has a total of seven volumes, and I finished reading all of it in a span of four to five hours (That’s how persistent I am, lol). I loved the story of the manga. It’s not a really big manga, and it is very shoujo (anything appealing to or leaning towards girls), but the simplicity of the story as well as the drawing was fantastic! Hooray for the manga this episode!

The story is about Alice Seno, who saved a magical rabbit. She was given a bracelet and was told that she is a Lotis master-to-be. Lotis is a powerful magical art where the words you say have a very deep magic. There are 24 words in all, and even if you know them, you cannot just use them. You have to master how to use them along with your emotions as well.

Alice has a sister, Mayura, and they both fell in love with Kyou Wakamiya. Mayura however, confessed to Kyou ahead of Alice. As Mayura realized Alice feelings for Kyou, she tried confronting Alice, and when she does, Alice wished that her sister would disappear. Her sister was swallowed by the Mara (opposite of Lotis). She must now journey to the inner heart to save her sister, as well as people around her who are affected by the Mara. She is helped by the Lotis guardian Furei who is from Norway and Christopher William Roland who is from Great Britain. In the process, Kyou also becomes a Lotis master.

Mayura is possessed by Daruba, and only the secret words can save her. No one in the Lotis group know the secret words, but Alice, through her love for her sister and her courage, find out what they are. In the end, it’s all bright and happy.

The manga is average, but the story is quite good, and it has that mythological feel in it, which I absolutely love, as I am a fan of mythologies. As I was reading, I was reminded of Rick Riordan and his works, especially the Kane Chronicles.

Some of the graphics were quite confusing, and even the story became confusing at some point for me, but I think that’s because of the words I did not really understand, and the fact that I rushed into the entire volume in one go.

I loved the anime version, so I knew I would absolutely love the live action! Plus, it has Kamenashi Kazuya, one of the best actors in Japan, so I knew it would be great. Not disappointed at all, though I had to spend long nights in watching the video, and I was so sleepy the next few days.

If you guys did not know, Yamato Nadeshiko Shichi Henge is a story of four handsome boys living in a mansion. They are actually renting the place. The owner of the mansion gave them a task of transforming her niece, Sunako Nakahara into a lady, and in return, they would get free rent. The transformation seemed impossible, because Sunako is drawn to dark things like skulls, dead creatures and blood. She is just creepy. In the process of transforming her into a lady, one of the guys fall in love with her. Guess who played that guy? Yup Kazuya-kun!

I love the live action, and this in fact, inspired me to do this project. I watch a lot of Korean dramas, but I love the more exaggerated features of a Japanese drama, and because I found my spark again, I probably would put off the list of Korean dramas I would be watching.

THE VERDICT: HIGHLY RECOMMENDED. DO NOT MISS THIS DRAMA. IT IS TOO AWESOME.

OMG, this is my top anime favorite for 2011. The episodes ended on Animax last Wednesday, but the anime is not yet done, so I wanted to know what would happen next, but I might wait for Animax to air Season 2, but I am not really counting on it since Animax also stopped airing Fairy Tail, which has about 100+ episode now, and they stopped around the 50th ep.

I found a site where I can download all the anime I want though, and I am going to download the coming episodes of Beelzebub and of Fairy Tail as well.

This is a comedy anime. What attracted me most was the baby, Berubo, who is just so cute, and the story is so interesting. I am currently hunting down a manga version of the anime (if there ever is one). I will let you guys know if I get to read anything like that.

THE VERDICT: HIGHLY RECOMMENDED. YOU DO NOT WANT TO MISS THIS OPPORTUNITY TO LAUGH UNTIL YOUR GUT BURSTS 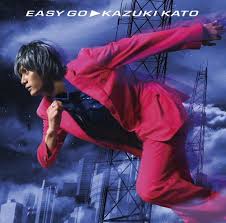 I love, love, love Kazuki Kato, and it is impossible to hate any song of his especially with the voice he has.

The song Easy Go is the third [?] sixth[?] not really sure opening song of the anime Katekyo Hitman Reborn.

I have never seen the original MV until now, but Kato looks hot as expected so it’s not really surprising to me. I have been following this artist for more than two years now, and I first encountered him in the Prince of Tennis Live Action Concert a.k.a. Dream Live 3. I am a huge fan of his character Atobe, and his portrayal was so close, I fell in love with his talent!

Anyhoo, I have been listening to him and girl band Scandal mostly these days. I will do a full feature in Featured Asian when I have the time soon.

THE VERDICT: RECOMMENDED. I actually recommend his other songs more. I love his ballads, as it exposes his full talent more. He is one of the top singers in Japan, and his songs rank high in the Oricon charts so def check him out!

That’s it for this ep! I am so excited for ep 2, and I am now scouting for what I would feature next week!  I think I might finish another manga, but I don’t think I would finish any anime or Jdrama soon. Yay! Yay! Yay!