I’m sorry if Episode 9 is delayed. I had a very hard time looking for the song/video.

I basically had the same stuff for week 9. It’s because the materials I got for Episode 8 were not exactly short. The manga has over 20 volumes, the Jdrama is 1100 hours long, and the anime is ongoing and I had to catch up to about 70 episodes to get to the current episodes. The only thing that I had differently this week was the music.

I’ll be writing very shortly about the first three. 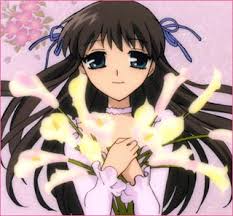 I have to say I am super absorbed by the manga. The story is now very interesting. I still haven’t finished it yet. It’s a really long manga. Each volume has about five chapters, and each chapter has about 20-30 pages or so. I can’t wait to finish it though, because I think it’s absolutely exciting.

I kind of can relate to Yuki-kun, although I like Kyo-kun for Tohru-chan a lot better. Yuki is a broken person who pretends to be happy all the time. Personality-wise, I am very similar to him. I can feel his insecurities and his selfishness (he does call it selfishness, so I guess I don’t have to be polite or anything >_______<)..

THE VERDICT: As I said last week, highly recommended.

UPDATE: I cried today, because I finished this! Finally! Buckets of tears~ah.

I finally finished the drama! Ah~

It’s really great. It’s a good series to watch. The series was quite open-ended, but it remained humorous until the end. Nakama Yukie is really so darn funny.

THE VERDICT: Yes! Yes! Get this one!

I don’t usually like an anime, manga or series that is ongoing, because I feel like it’s a bothersome thing, but I don’t mind waiting for all the episodes to come out. I just finished Episode 121. This is all there is for now.

THE VERDICT: I wouldn’t get this if it wasn’t good. I’m thinking about getting the manga as well, but my friend said it’s almost the same.

I had such a hard time looking for the song that I really liked from the Yamato Nadeshiko Shichi Henge anime OST. The one in the video above is Changing by Kiyoharu. It’s my second favorite, but my top 1 is Karattou Ikou~Adios Amigos by Bon Bon Blanco. I really like the group Bon Bon Blanco because I feel that their songs are all very upbeat, but still has a romantic feel into it. Anyways, since I cannot find a YT video of it, I’ll just provide you with a download link. Don’t worry, download here is fast and there’s no need to sign up for an account or whatnot.

That’s it for this episode. I will upload Episode 10 sometime this week. I have my stuff ready for it, I just hadn’t had the time to draft it yet. Until next time then. Ja ne~

© 2012 ieatspicynoodles.wordpress.com * Ah~ I cried so much because of Fruits Basket *I did not get puffy eyes though * BTW, image of Lucy-chan MINE