I realize I am a bit late with this drama review for Rooftop Prince, the show having been shown since the first quarter of 2012. However, you guys should note that this is the only year that I started watching Kdramas as I originally only watch Jdramas. I started this year with Arang and the Magistrate and My Girlfriend is a Gumiho because I really liked Shin Minah. For choosing Rooftop Prince, I have quite the similar reason. I really like Park Yoochun. 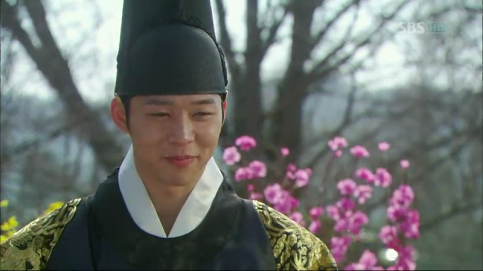 How the hell do you say no to this? Yoochun is like the cutest when he smiles! But he’s really cute when he’s mad or irritated too. 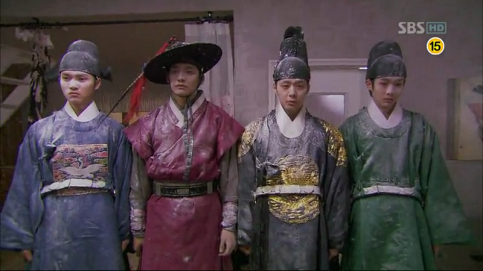 It starts off with the prince (Yoochun) Lee Gak finding out that the Crown Princess had been murdered. Because this is so, he hires three men who had been brushed off by society to help him – Man Bo, a very intelligent man to investigate; Yong Seul, a very strong man to protect him; and Chi San, a good information broker. For some reason, from the Joseon period, they get to the year 2012.

In the present era, they meet Park Ha, a vendor who dreams of opening her own fruit store. Since they lived in the Joseon era, they find the future strange. 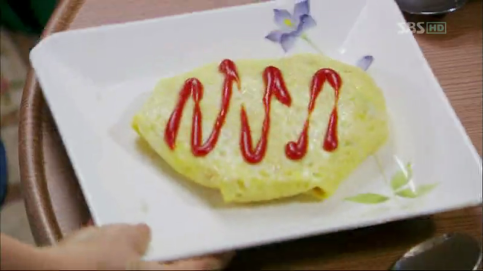 This drama made me want to eat Omurice more often. It’s pretty simple to create and it has been known to be the favorite food of the Prince and his servants in the present era. I think Rooftop Prince has made Omurice a pretty popular dish in the real world. :3

DO I RECOMMEND THIS DRAMA? Absolutely. There are a lot of twists in this drama, it was mind-boggling! There were a lot of predictable points in the drama, but it wasn’t anything I couldn’t handle. Finally, I’m not saying this just because I like Yoochun, but I really think his acting is superb. He can cry at any impulse! The other actors are really great too. I think this is one of the main reasons why the drama is hyped!

The one thing I didn’t like too much is the ending. It was quite confusing?

Anyways, I will definitely try to have more dramas to watch this 2013. Any recommendations?